Rani Rashmoni, a well known personality in West Bengal state who was famous for her benefactor & kind nature. Rani Rashmoni was born on 24th September, 1793 at Kona village of North 24 Parganas. She was the daughter of Sh. Harekrishna Das and Smt. Rampriya Devi. She got married in a very young age of 11 years with Rajachandra Das and blessed with four daughters. She got married in a very rich Zamindar family of Janbazar, Kolkata. After the death of her husband, she handled financial matters of the family and donated money for various tasks of mankind which will be discussed later in this article. She opposed British rule for their people and made recognition as “Lokmata Rani Rashmoni” for her tasks for the betterment of common people. To know better about Rani Rashmoni, firstly we will discuss about her family background, Rani Rashmoni family tree diagram. 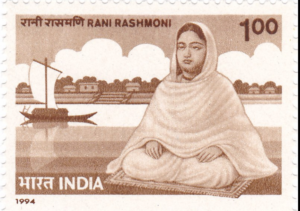 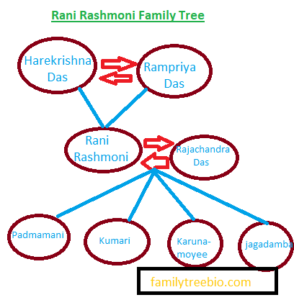 Afther the death of her husband, all the business of Rajachandra family handled smartly by Rani Rashmoni. She did some fabulous work for common people which are described below. 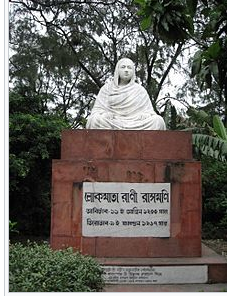 So, we can conclude that she was very kind and did fabulous efforts for Hinduism and for mankind. We hope this article will be beneficial for all of you who are looking for Rani Rashmoni family tree.