He was born on 2nd October, 1869 in Porbander province of Gujarat state. His father name was Karamchand Gandhi and his mother was Putlibai. In early years of his life, he played vital role for the human rights of people of South Africa. After returning from South Africa, he led the movement of freedom of India from British Rule.

He made movement of Indian Independence a nationwide movement. He also started many movements to make India free from British Rule like Quit India Movement, Salt March, Non- Cooperation Movement etc. Because of his priceless efforts, India got freedom on 15th August, 1947. He was also conferred with titles like “Father of the Nation”, “Baapu”, “Mahatma etc. In order to make you understand in a easy way, here in this article, we will provide detailed knowledge of Gandhi Family Tree, Mahatma Gandhi Family Chart, M.K Gandhi Family tree with photos. 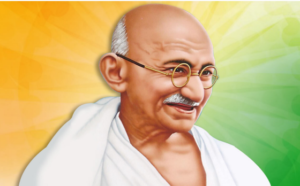 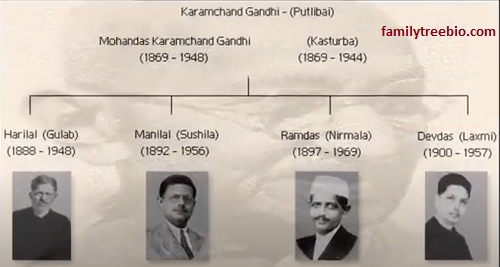 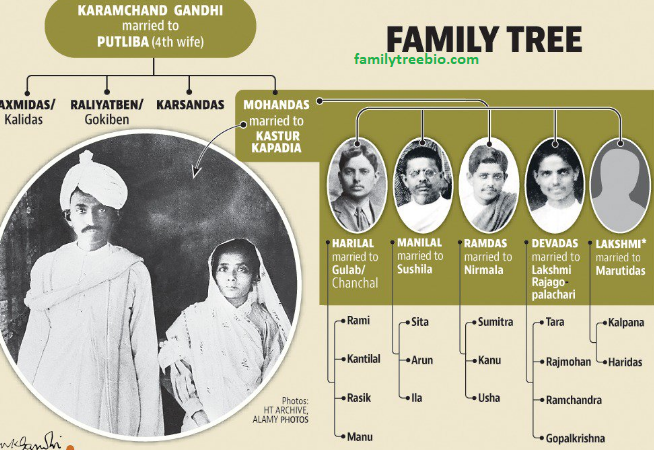 We hope all the information given here about the life journey of Mahatma Gandhi & Mahatma Gandhi family tree will be helpful for all our readers to enhance their knowledge.