As known to all, Keerthy Suresh is a famous actress who works in Telugu, Tamil & Malayalam film industries. She was born on 17th October, 1992 at Thiruvananthapuram, Kerla in the house of father G. Suresh Kumar and mother Menaka. Her father G. Suresh Kumar is a producer and her mother Menaka is an actress in South India. Actress Keerthy Suresh firstly made her debut in Malayalam film industry with the movie “Geethaanjali” in 2013 & subsequently made her debut in Tamil & Telugu film industries. 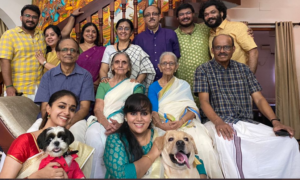 She also won National Award for best actress for the movie “Mahanati” for her role of Savitri in year 2018. For her various performances, this talented actress has won several awards including National Award, SIIMA Award, Filmfare Award-South etc. In this article, we will discuss about actress Keerthy Suresh personal attributes like age, height and about her family including her husband, mother & other family members. 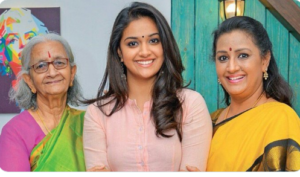 We hope all the information provided here about actress Keerthy Suresh will be full of entertainment for all our viewers.