Rupali Ganguly, well-known television actress & theatre artist, known for her acting in Hindi daily soaps. Rupali Ganguly was born on 5th April, 1977 in present Kolkata, West Bengal in the house of film director, Anil Ganguly. She made her debut on big screen when she was just seven years old as child artist with the movie, Saaheb in year 1985. She performed some supporting roles in Hindi movies including Angaara, Mera Yaar Mera Dushman, Satrangee Parachute etc. Actress Rupali Ganguly got fame & recognition from her roles on small screen where she became part of several hit shows. 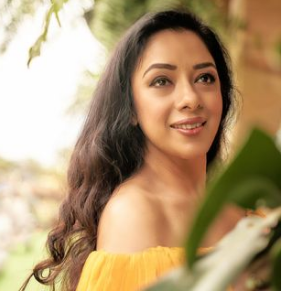 She made her debut on Indian television with show, Sukanya in year 2000. Some of her best known serials are Sanjivani, Sarabhai Vs Sarabhai, Bhabhi, Kahaani Ghar Ghar Kii, Parvarrish: Kuch Khattee Kuch Meethi etc. She also participated in some of reality shows as a contestant like Big Boss Season 1, Fear Factor: Khatron Ke Khiladi 2 & Kitchen Champion 2 etc. In this article, we will come to know about actress Rupali Ganguli family & professional career in detail.

As we have already mentioned in our artile earlier that actress Rupali Ganguli was born on 5th April, 1977, hence we can conclude that she is presently 44 years old as in year 2021. Actress Rupali Ganguli is a tall actress with approximately 5 feet & 9 inches or 174-176 cm height. 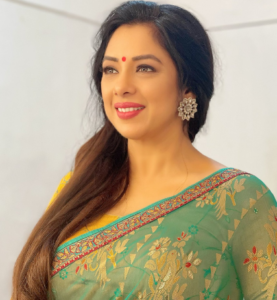 Actress Rupali Ganguli met with Aswin K Verma on the sets of an ad shoot and they became friends. Both of them shared a friendship bond for almost 12 years before they took decision to get married. Finally they got married on 6th February, 2013 in a family function. After two years of marriage, they blessed with a son, Rudransh on 25th August, 2015. Aswin K Sharma left his job in foreign and moved to India to get married to actress Rupali. Presently he owns his own business in India. 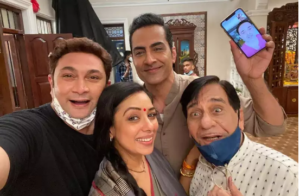 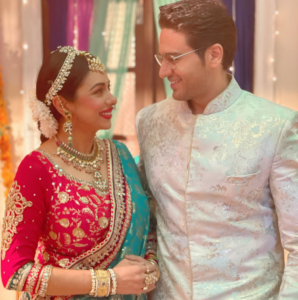 We hope all the information available about actress Rupali Ganguli’s family & professional career will be full of interesting facts & inspiration for all our readers.